I have now seen all three of the most complete Civil War Ships brought up from their muddy and watery graves and placed on public display.  And Mona has gotten a lot of reading done! 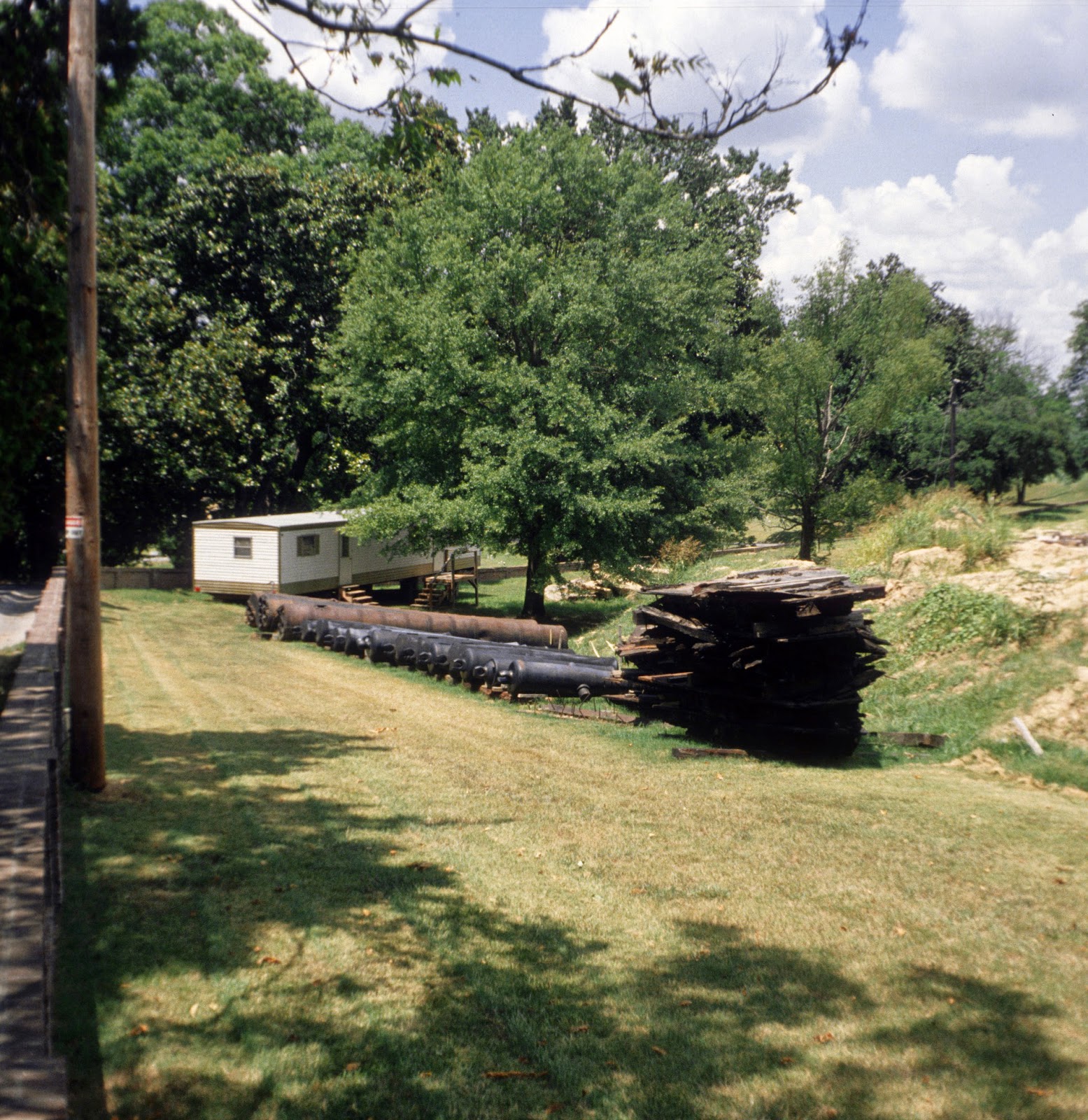 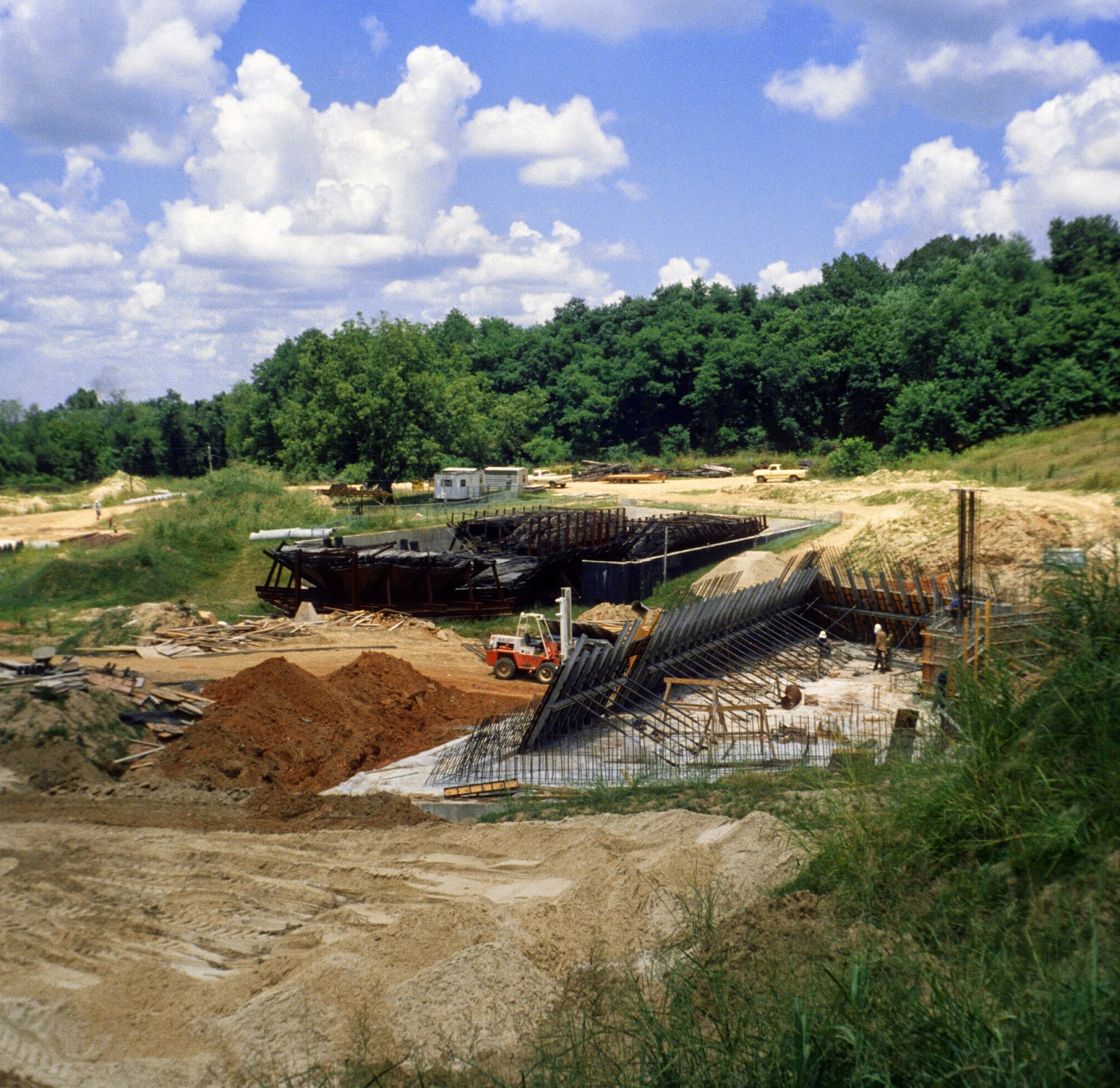 All four of us visited the USS Cairo being reconstructed into her museum in 1979. I’m sure Jenn and Jim remember it!  J.  She was a Mississippi ironclad gunboat that was sunk near Vicksburg in 1862  in 36 feet of water by an electrically detonated Confederate torpedo as she and several other ships moved up the Yazoo River. 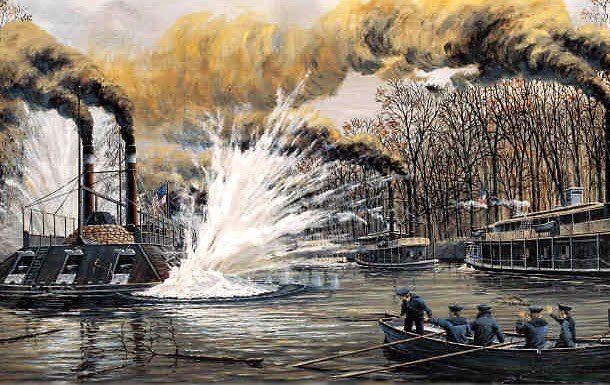 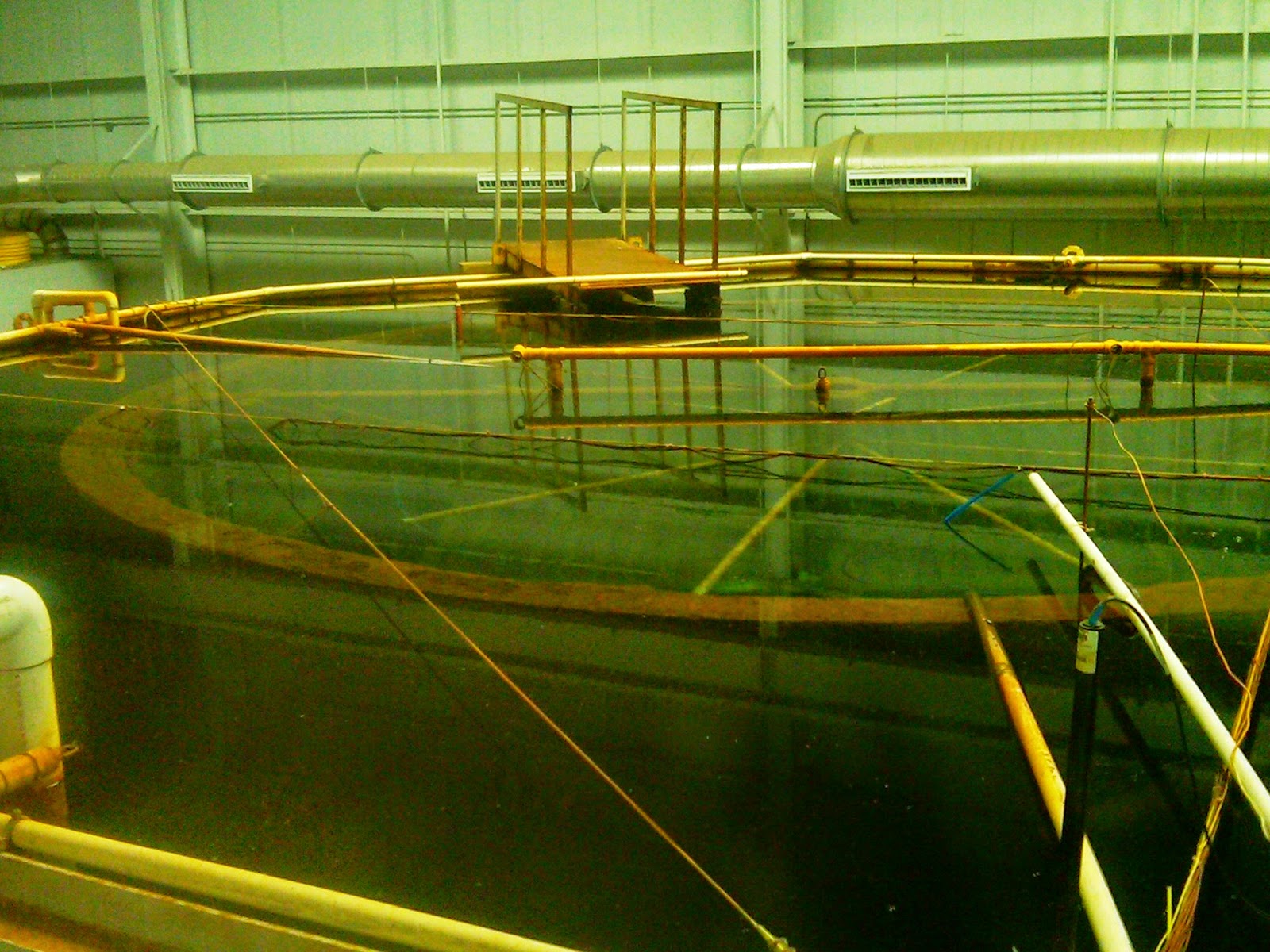 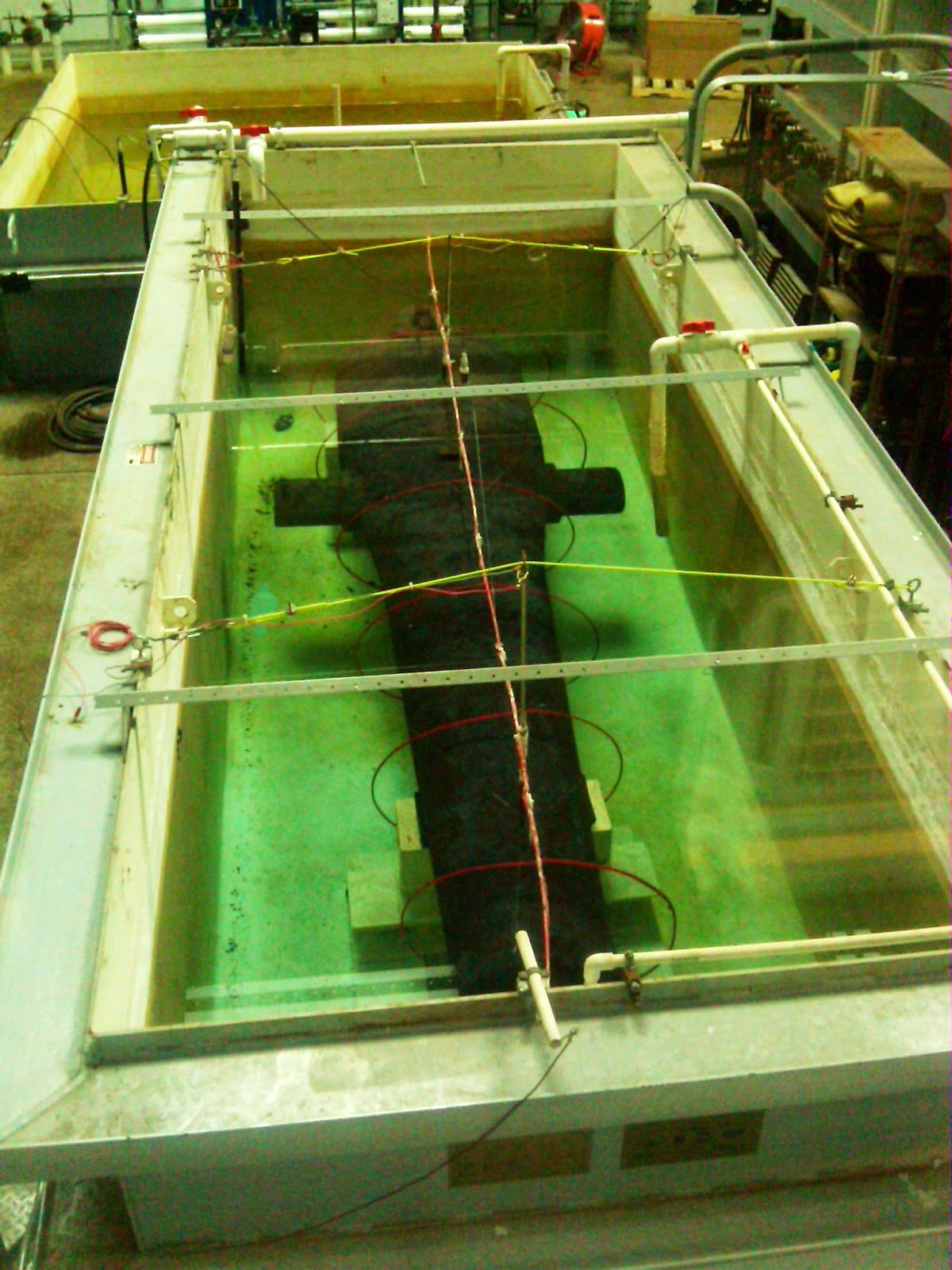 In 2010 we visited the Newport News Maritime Museum where the turret and guns of the USS Monitor, which sank in a storm off Cape Hatteras, also in 1862, is being restored. These were the only parts of the Monitor which could be raised safely when she was discovered in 1974 in 230 feet of water and the turret and guns were raised in 2002. 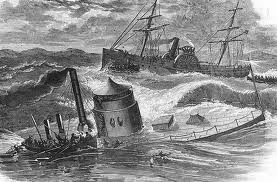 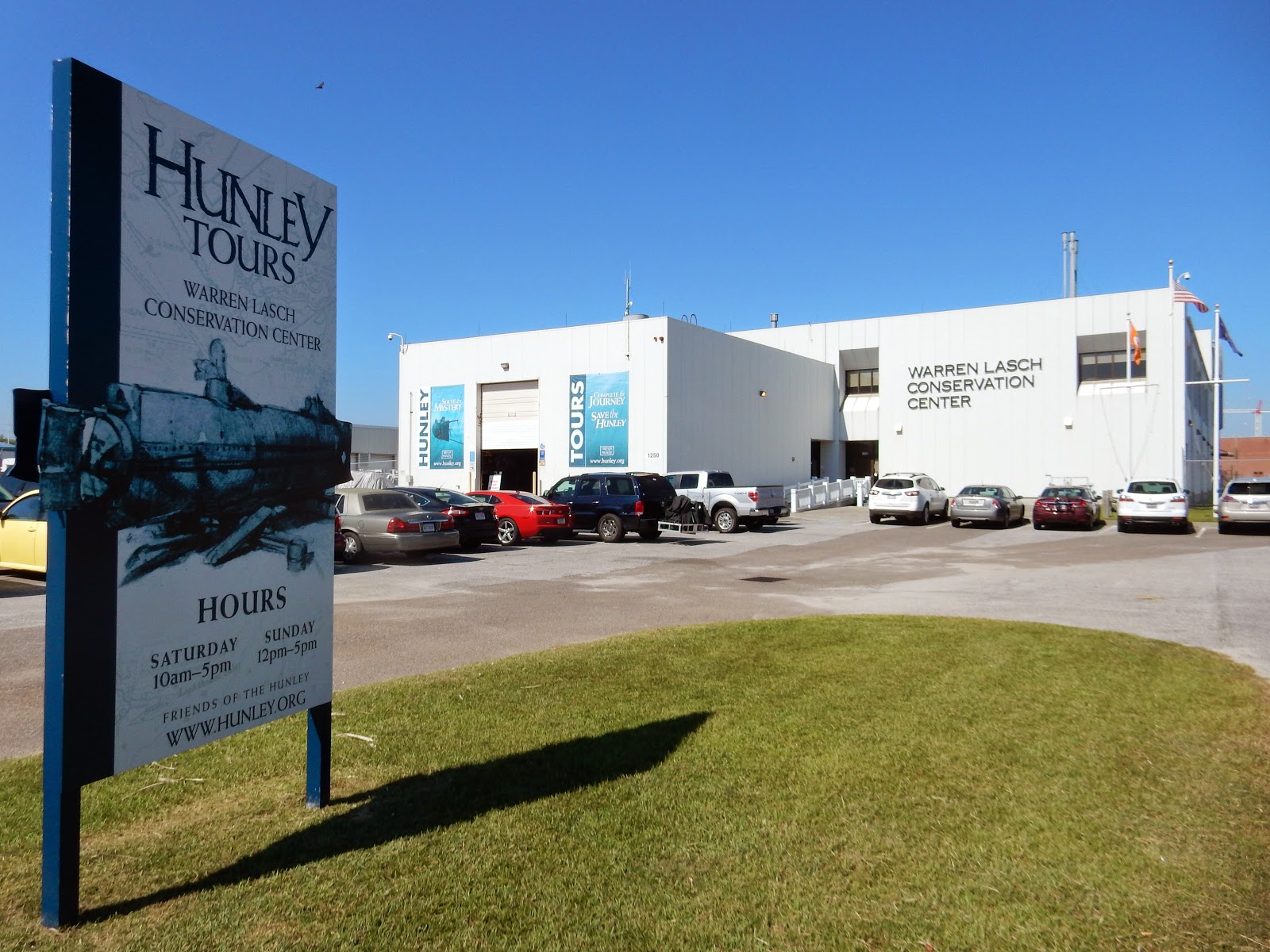 Today we visited the restoration laboratory of the ‘Friends of the CSS Hunley’, the first true submarine to sink an enemy warship in battle.  She drove underwater to the USS Housatonic which was on blockade duty just outside the harbor and detonated a torpedo affixed to her forward spar (something like a knight’s javelin) sinking the sailing ship and killing five crewman on board almost instantly. 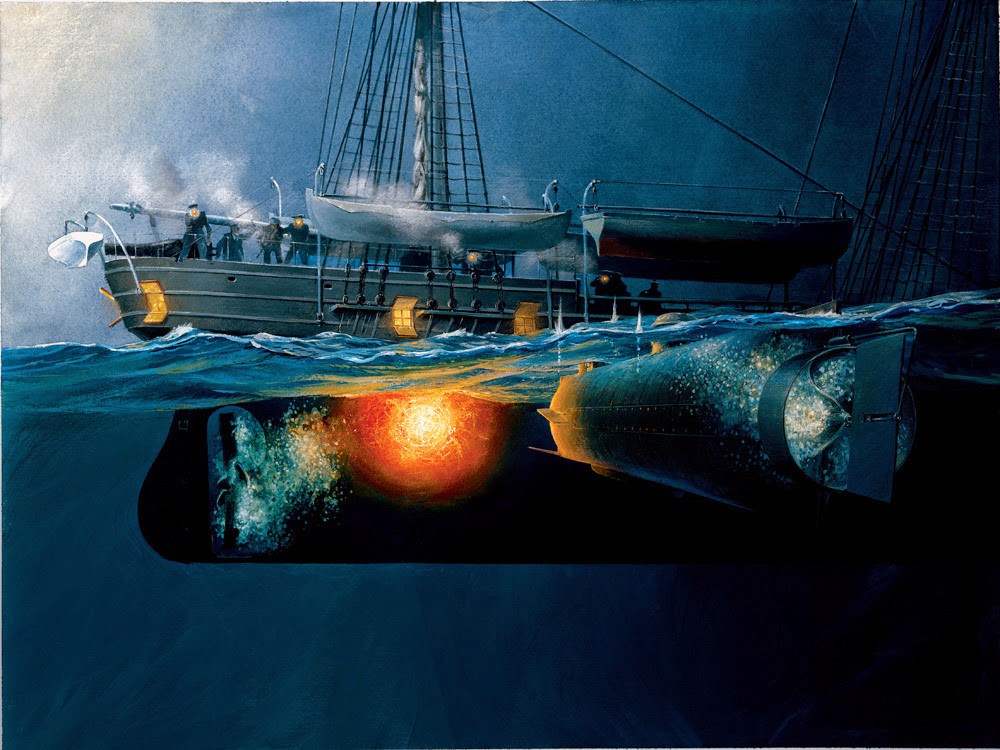 The Hunley sank herself sometime shortly thereafter of as yet undiscovered causes.  Though when she was brought up from about 60 feet of water, and from under 30” or more of silt and mud, each member (skeleton) of her eight man crew was at his post, captain Dixon in the viewport and the 7 others on the hand turned propeller. 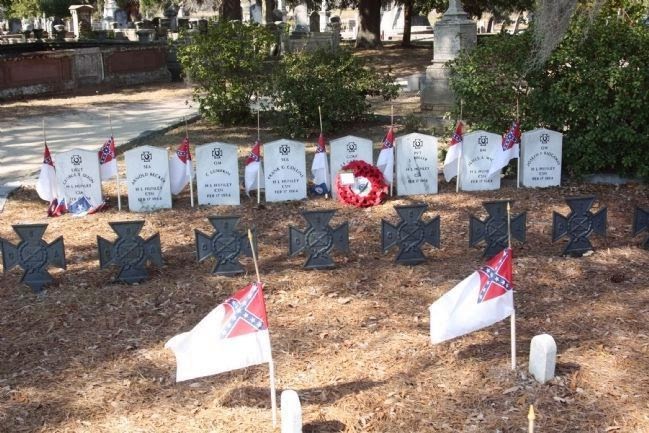 Much like the Monitor the entire Hunley is being soaked for several years in a caustic chemical solution that will leave metal behind but remove all salts and concretions from that metal.  The personal effects of the crew were either returned to living identified family members or placed on display here, or were buried with them in a ceremony attended by thousands at Magnolia Cemetery in Charleston.

Before being interred the eight skulls were given to forensic pathologists to have full heads crafted from their shape, CSI style. Several have subsequently been identified.

I completed the tour and Mona and I drove leisurely downtown to the Battery on the southern tip of old Charleston. Called White’s Park as well, it was here that General Beauregard placed some of his biggest guns to fire on fort Sumter, far out in the bay, on the 15th of April, 1861, effectively beginning the American Civil War. 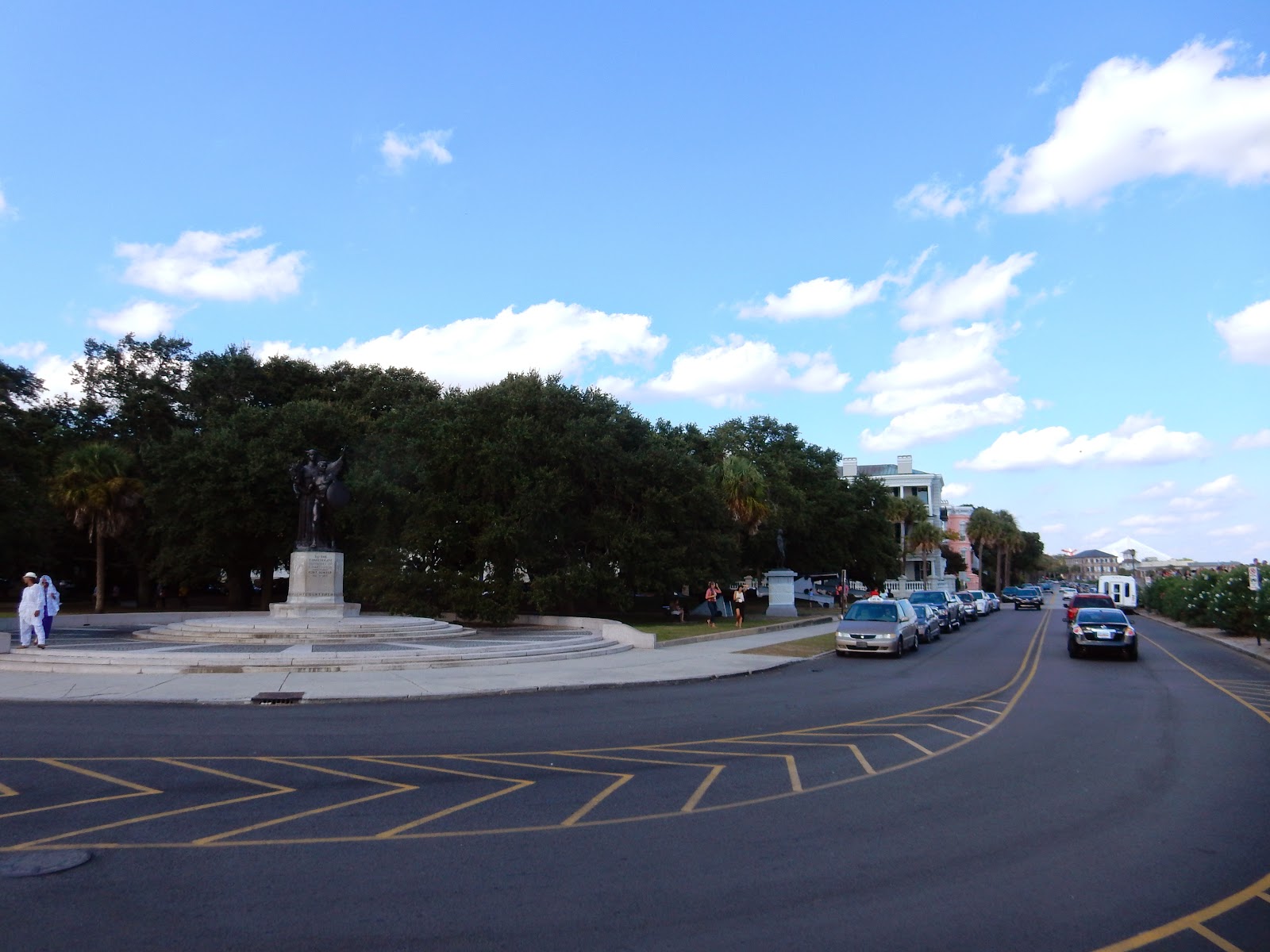 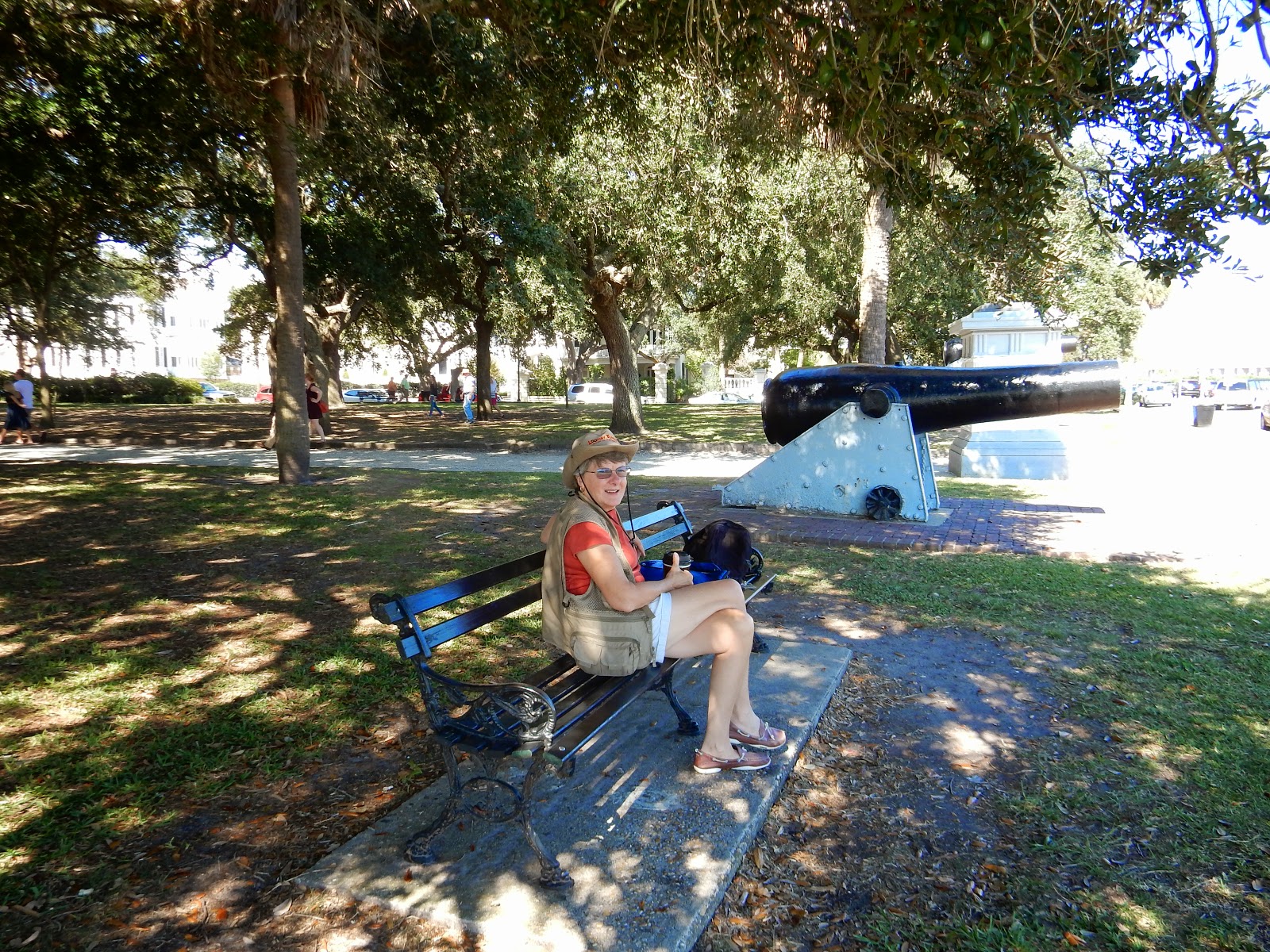 We have enjoyed walking and sitting in this park before.  The dozens of antebellum homes in the richest part of old Charleston, called ‘South of Broad’ Street by the locals, are still mostly private residences, and the streets are so small that only moderate or small autos and horse drawn carriages slowly wend their way down to the point. And parking spaces, if you can get one, along the street at the park are free for up to two hours. 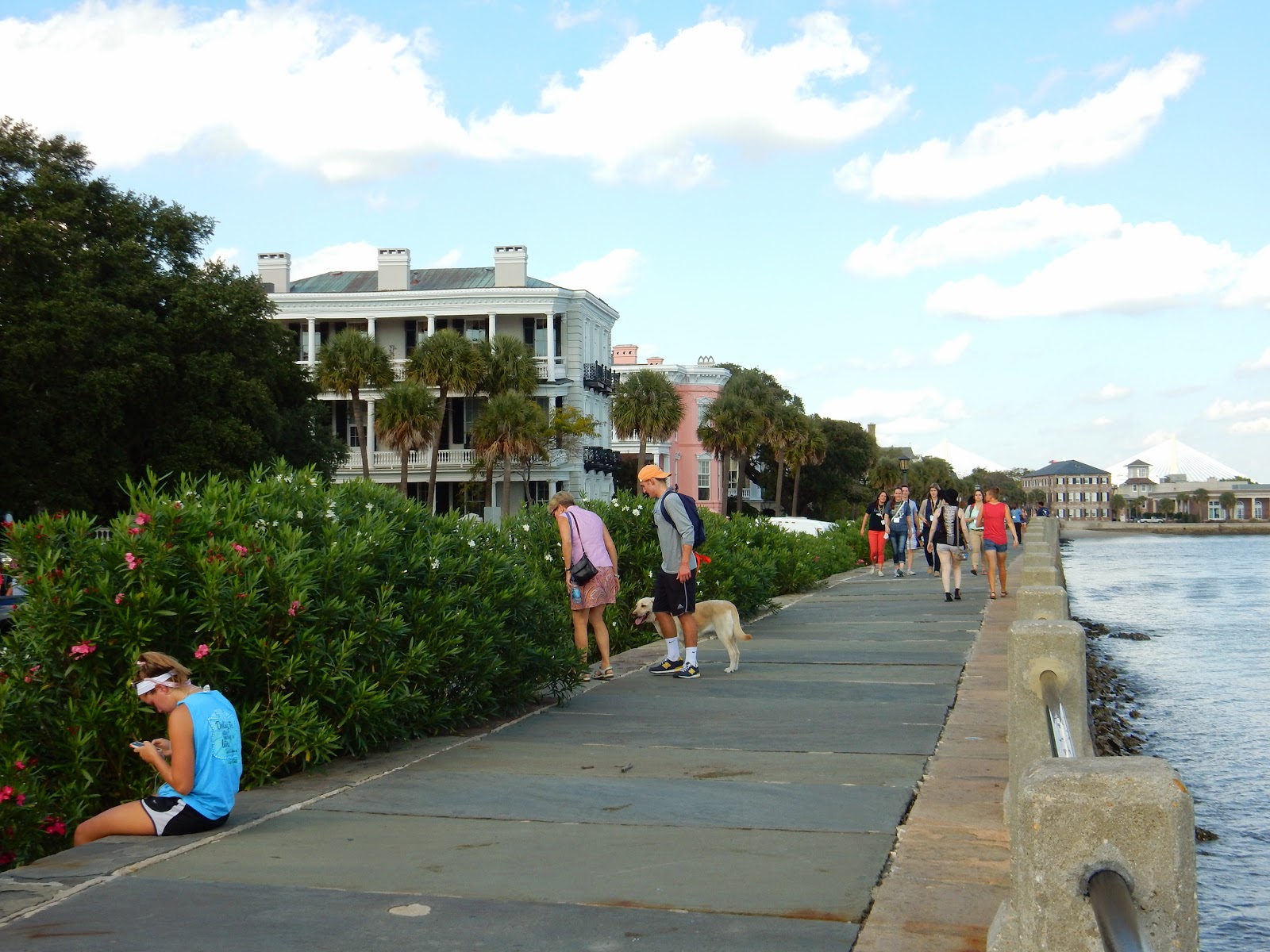 We found one and had our picnic lunch, read, and spent a pleasant second hour talking with a Canadian couple from above Toronto who were here for a cousins wedding and are seriously considering full time RVing, or at least 6-9
months a year.

Back to the coach for a relaxing evening and dinner on the lawn outside our coach. Still no alligator’s in our lawn’s water feature.