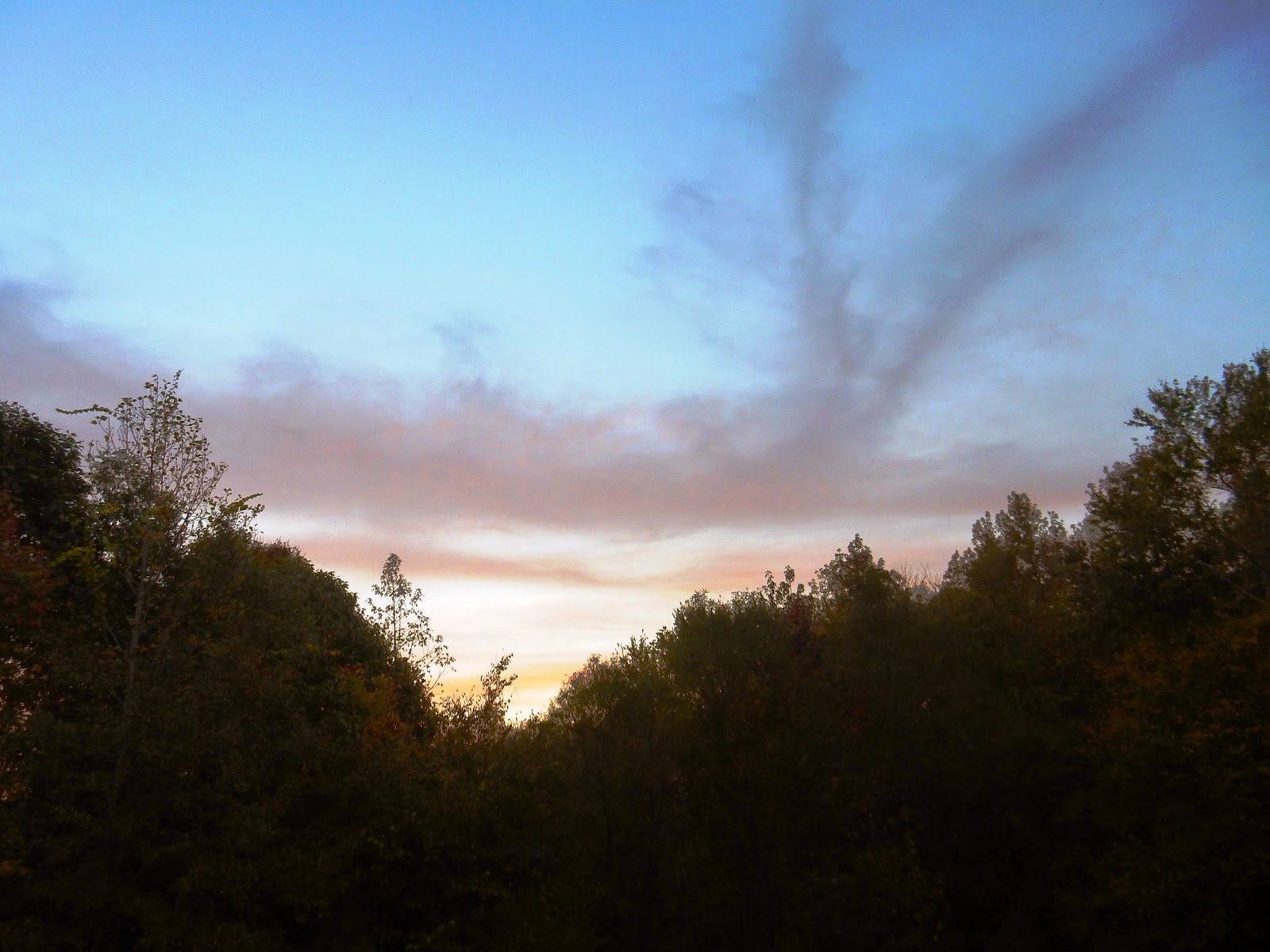 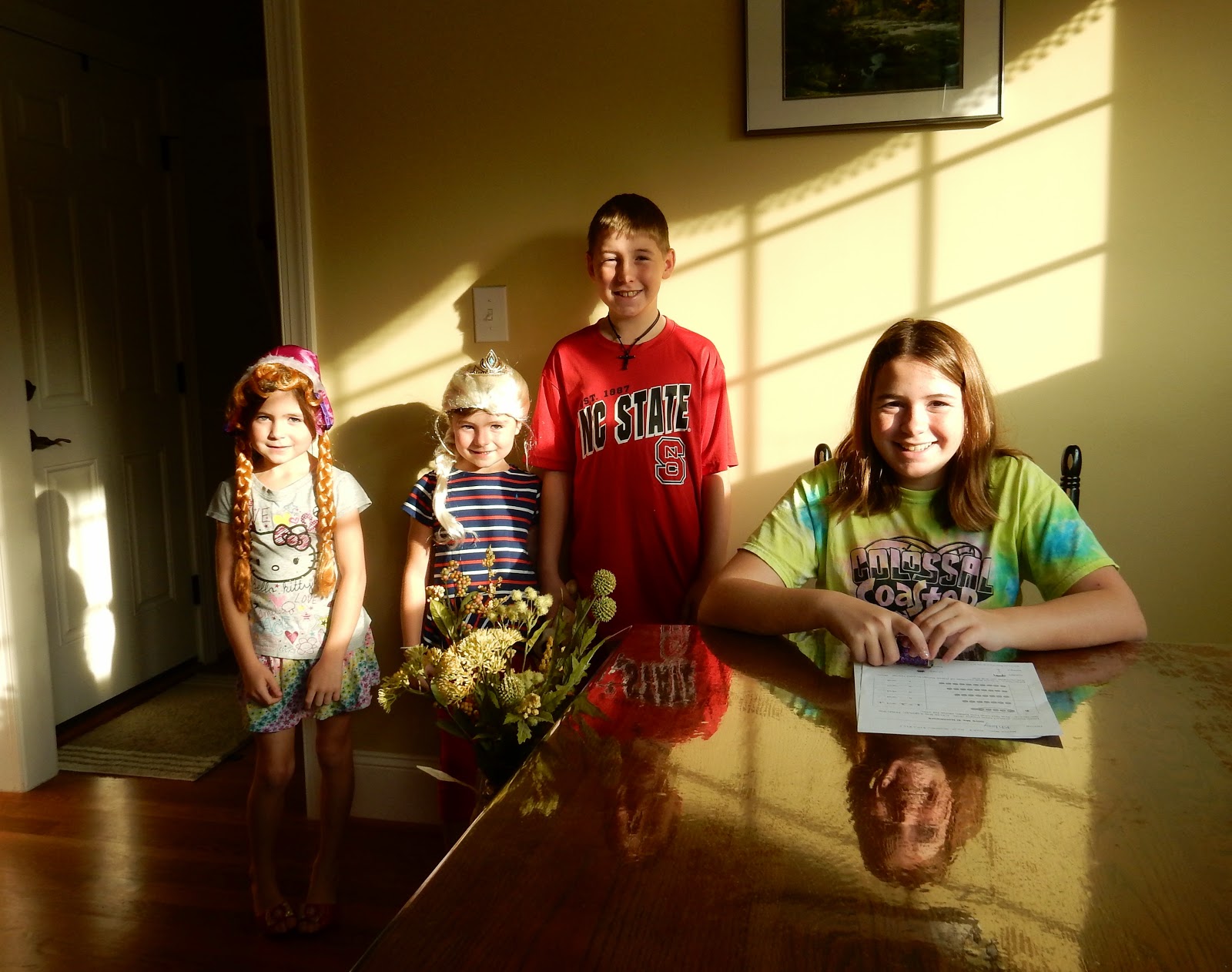 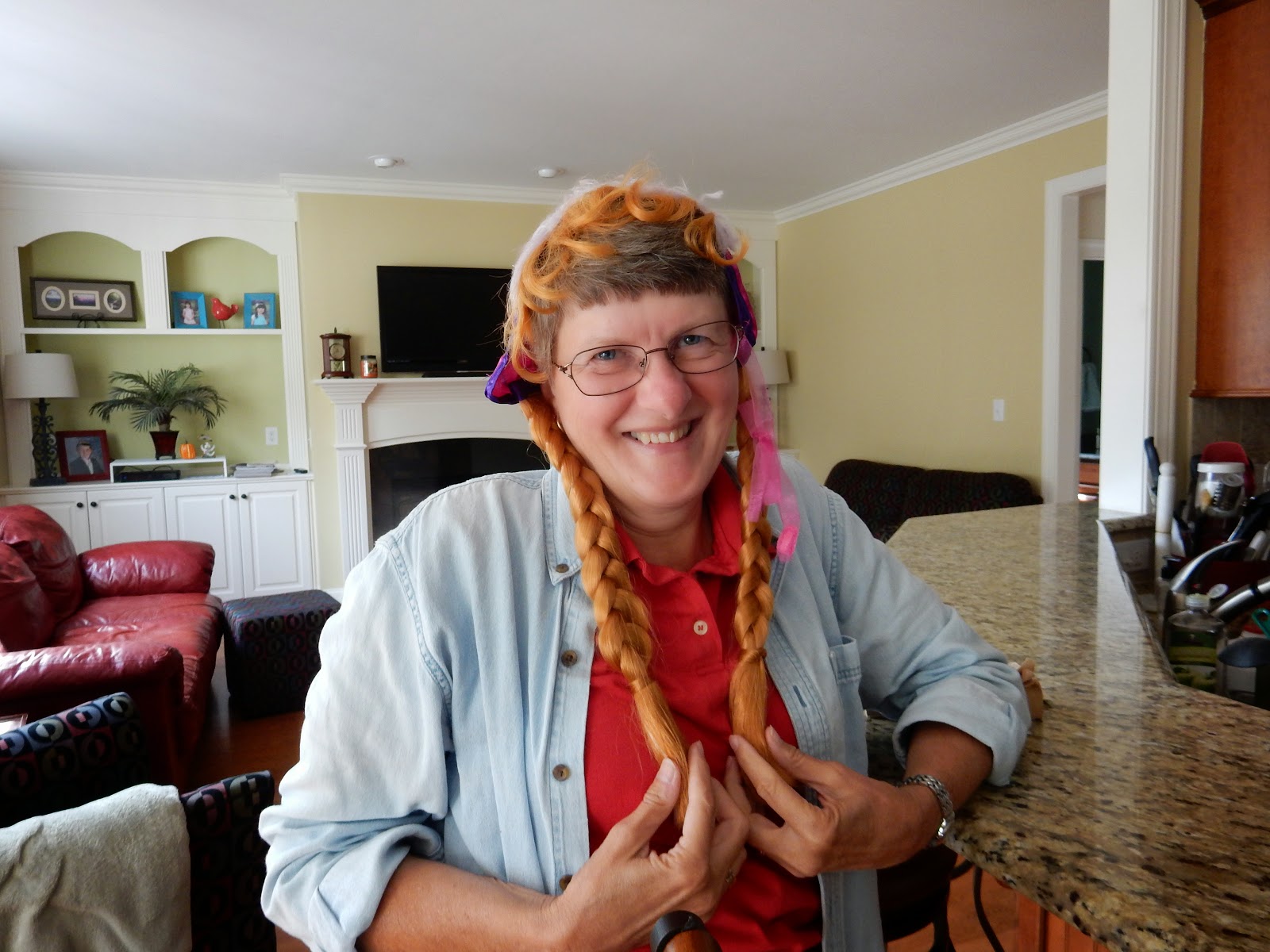 Mona borrowed the Anna wig to see if its time after 20 years to change her hair style.  Its not. 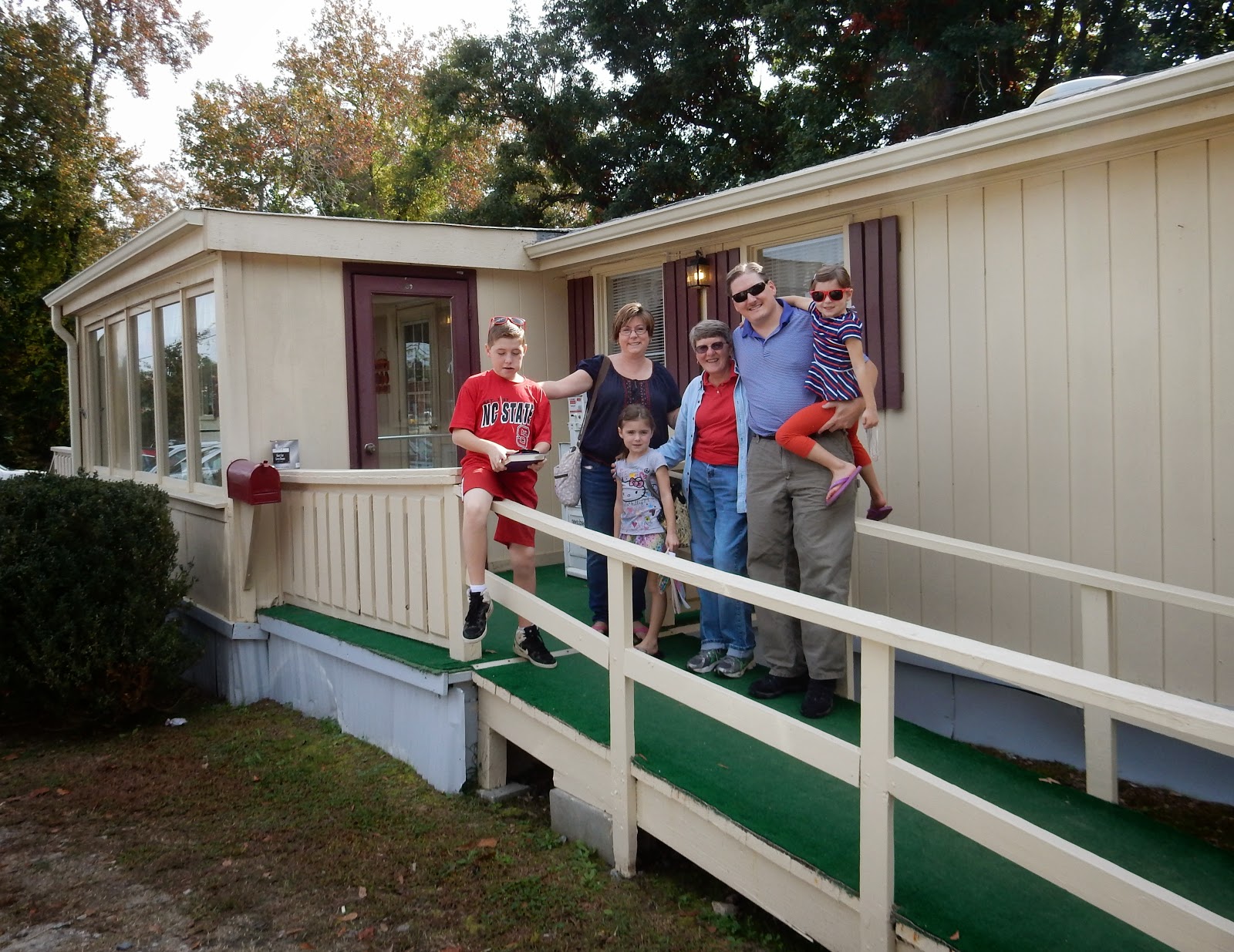 Lunch time was a real southern treat. We went to the uniquely named nearby town of Fuquay-Varina to the many decades old family owned restaurant, Campbells Diner. It’s a single wide mobile home with the kitchen attached  that gets crowded at breakfast and lunch every day but Sunday and jams the crowds in somehow. 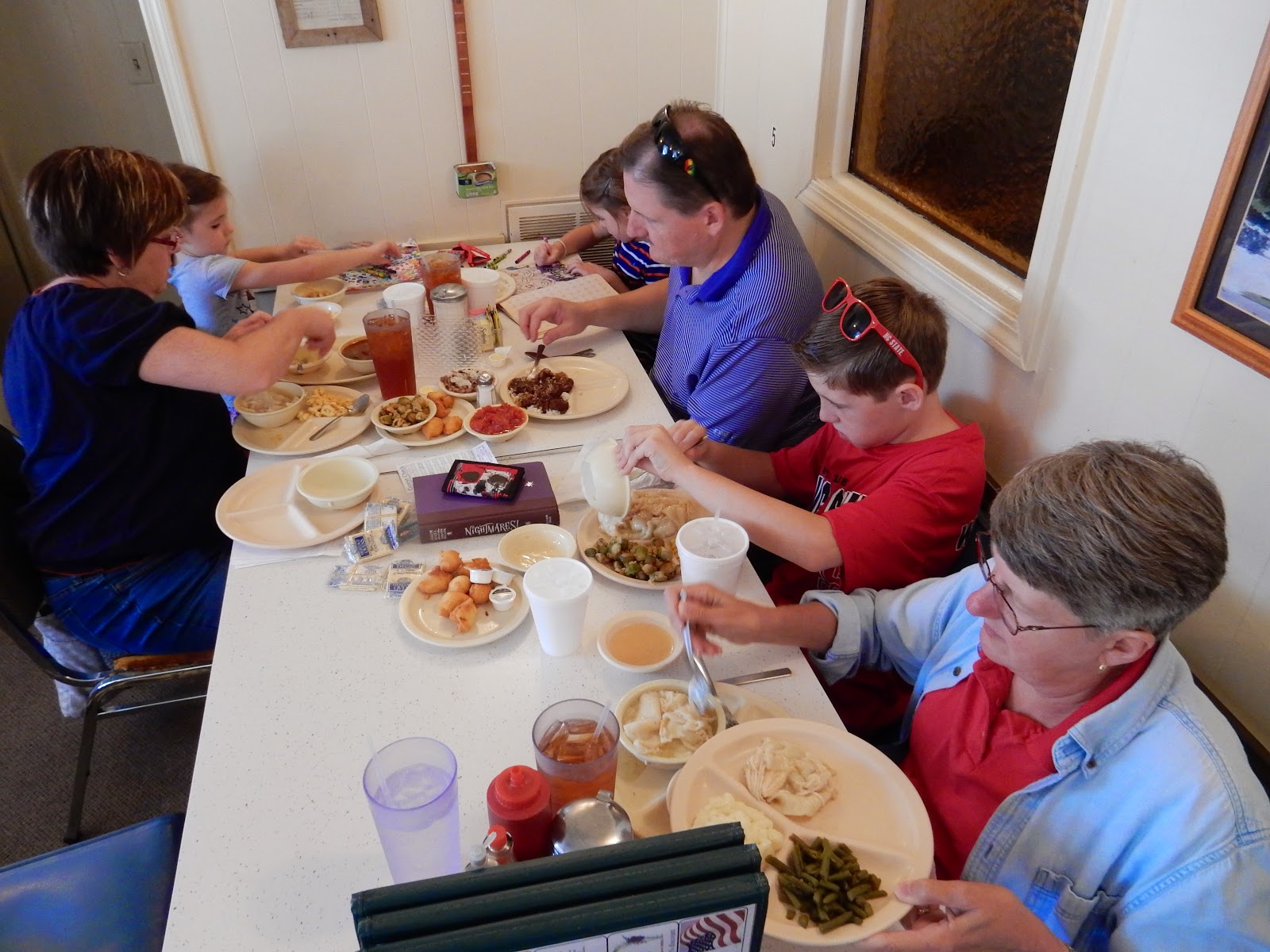 We were in for a real treat though as our table had an unusual musical instrument for sale hanging on the wall beside it.  A $35.00 tin can one string guitar. And Larry, the maker, was sitting with his wife at a nearby table.  He heard us talk about it and came over to play it for us.  Larry says he sells almost 1000 of them every year. Now that’s retirement income! 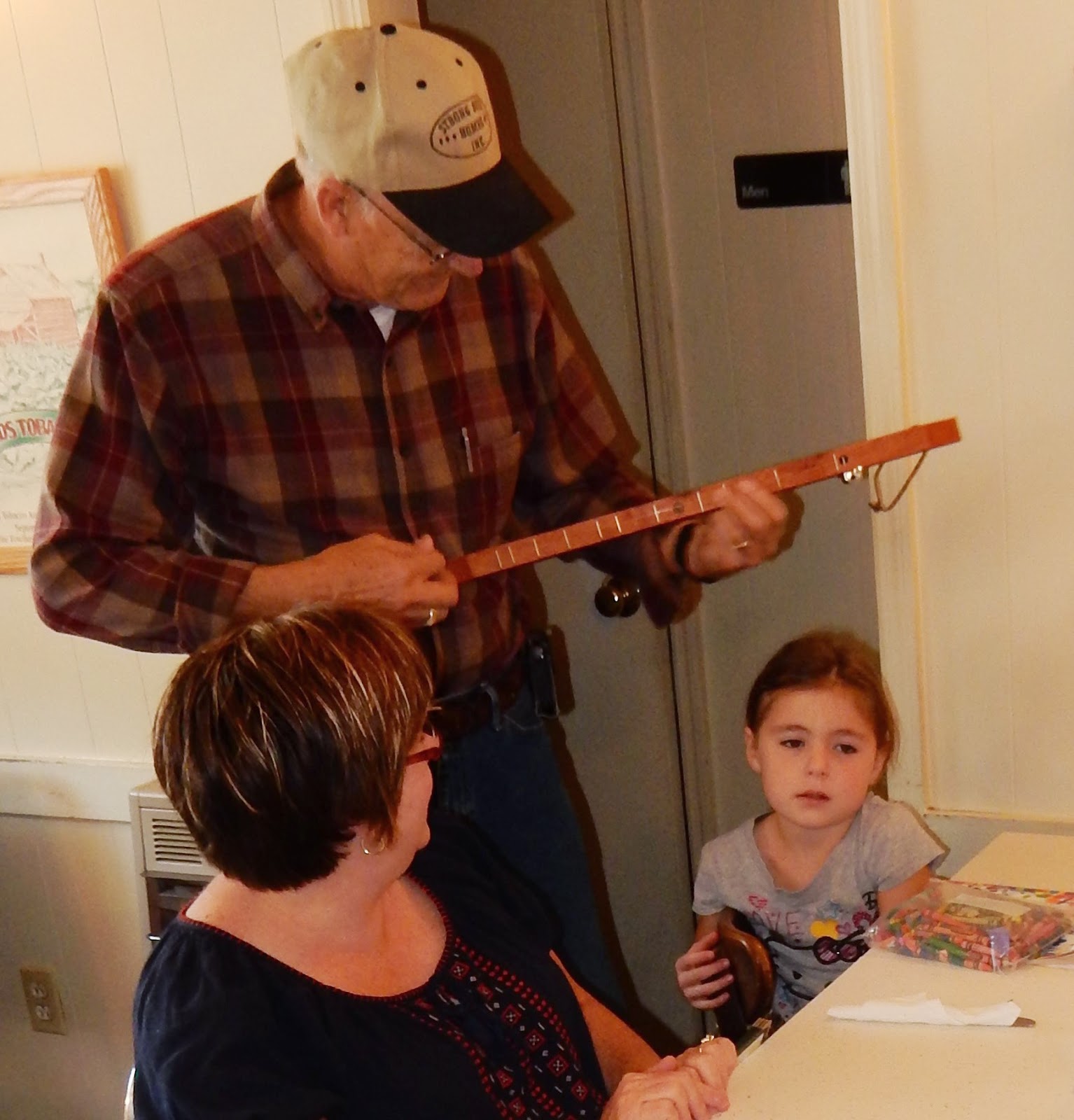 I gave him one of my cards and he happily told me he is a lay pastor who lives each summer with his wife in his fifth wheel in a campground up near Cherokee, NC, and preaches there every Sunday.  We agreed that we would look him up if ever we get up near there.

Back home it was Punkin Chunkin time.  Not tossing them; gutting and chopping them with dremel tool, knives and spoons.  We trashed the driveway, and cleaned it up again several times throughout the afternoon. 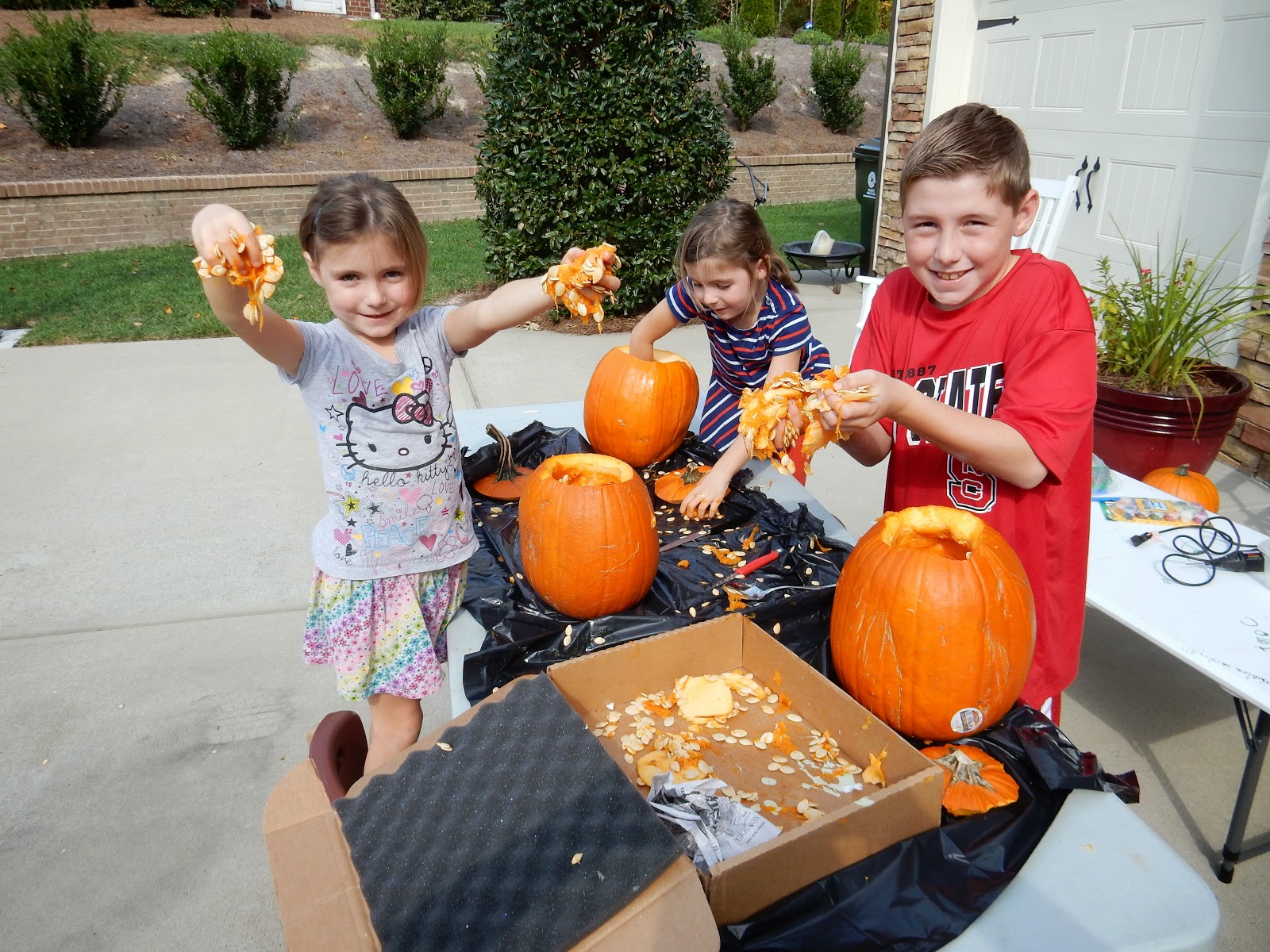 Then Mackenzie Snyder, the 13 year old, helped the 6 year old twins with makeup and dressing to become Elsa and Anna.  Then she and her two besties make up as UNICORNS. And off to the Good Hope Baptist Church in Cary, NC TRUNK OR TREAT event for the evening.

In addition to a wonderful free light supper of slaw and chili dogs there was candy in abundance. And some good Christian fellowship of course! 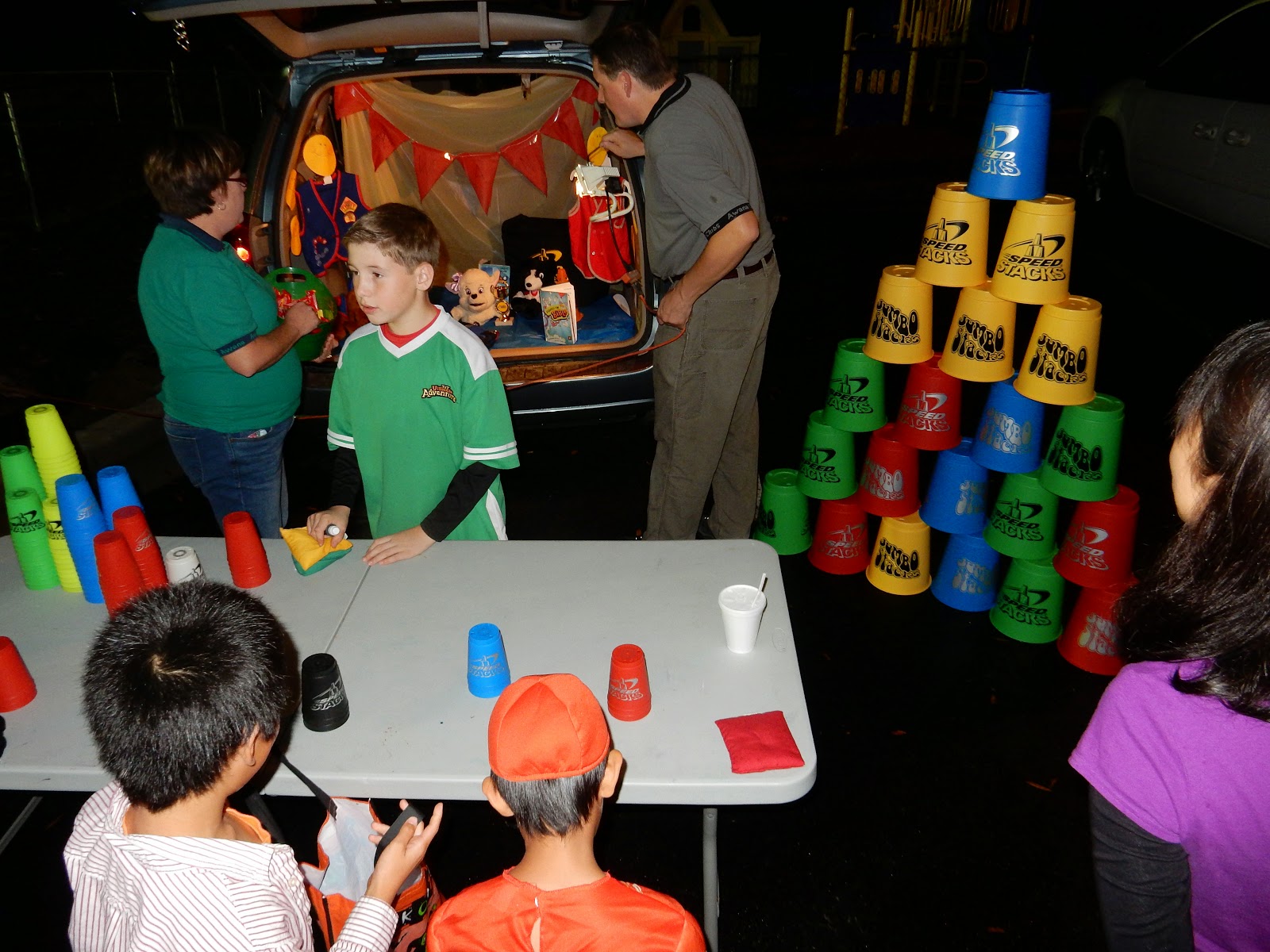 The Snyders turned their trunk into an AWANA game display and promoted the churches children’s program. Puppets, slap down cups, and good fun made it a hoot to participate in. 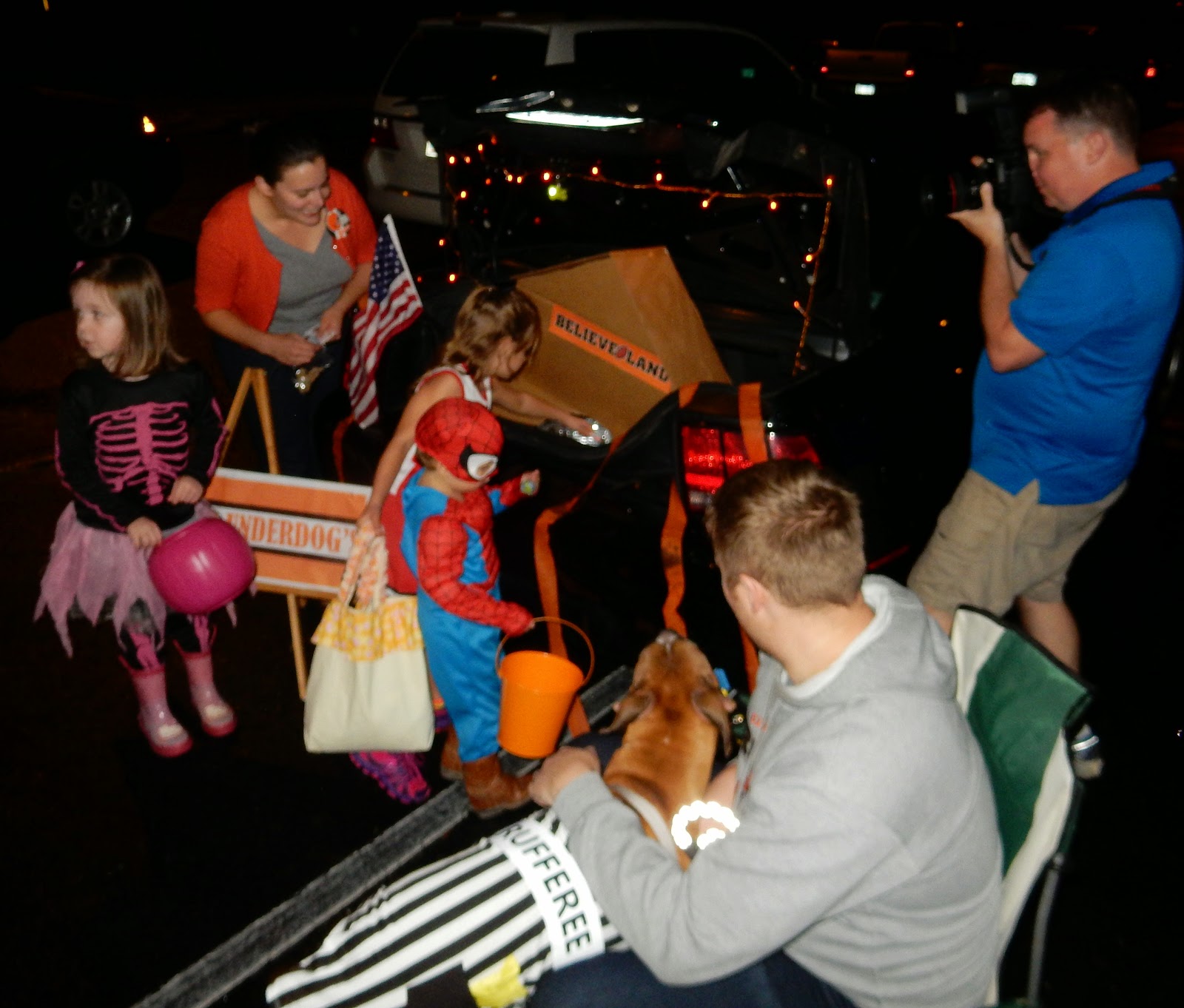 Other persons and groups of the church promoted all kinds of other ministries. And every one gave out candy of all kinds. 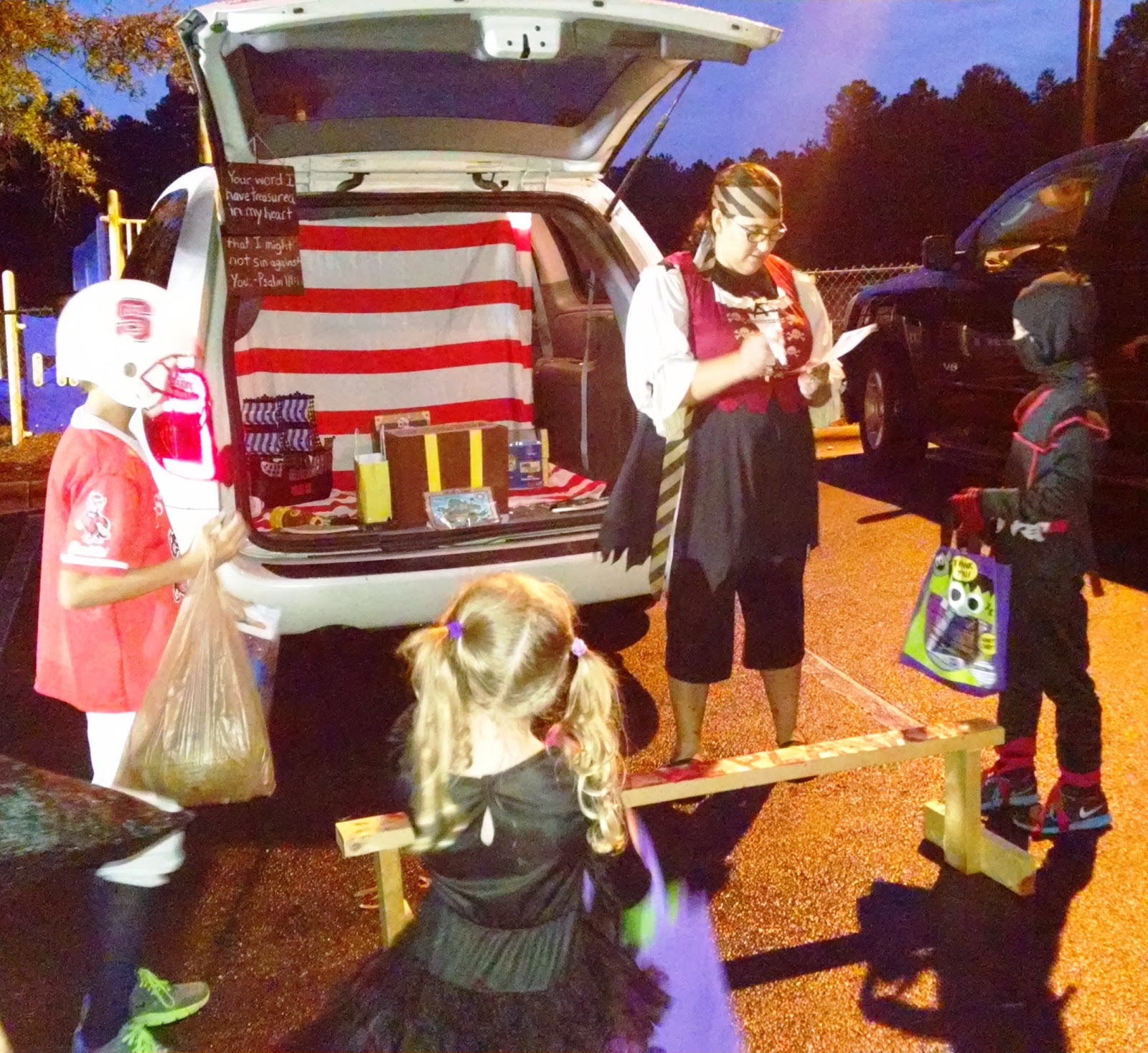 Even though it rained some the crowds did not diminish much and I believe the numbers topped a thousand till the evening that had started at 6 was over at about 8pm. 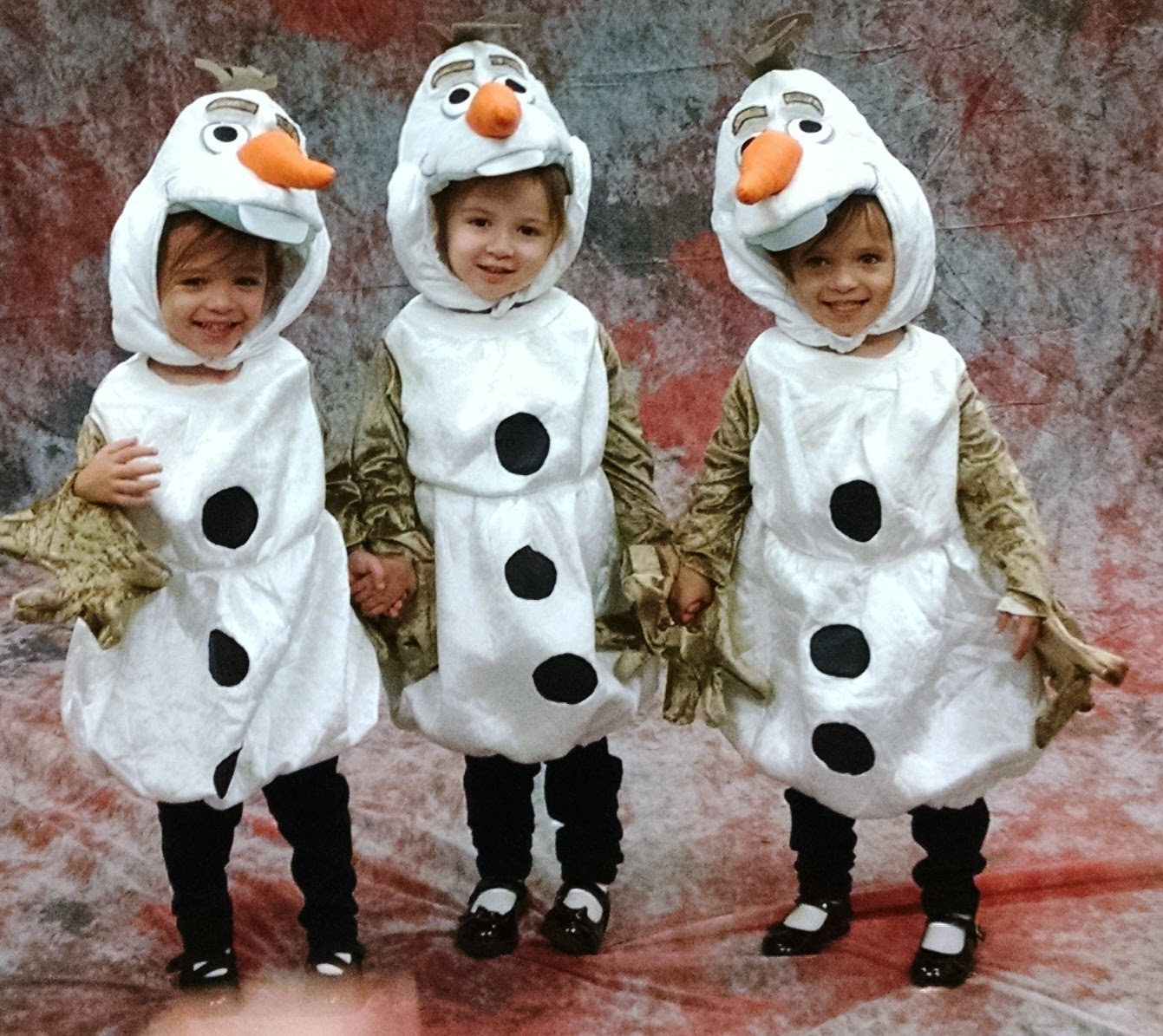 There were many kinds of costumes, almost all simply cute or funny. One clown scared some small children.  How did they learn to be afraid of clowns so young? But the stars of this Halloween in Cary was FROZEN, and while there were an awful lot of Elsa and Annas running around the triplets as OLAF the SNOWMAN were the absolute cute hit of the evening.

Tomorrow we head west through Greensboro to Winston-Salem to visit Mona’s brother Marty and his wife Shelby and their son John and his wife Christie, and Friday their daughter Lori and her family.

The weather turns decidedly cooler as we head north and west (High of 50 and low of 35 on Saturday) so we’ll turn TOADs nose south again Saturday morning, back to warm savannah and FROG who we heard has a new air hose on her turbocharger and is getting her fuel gauge checked for accuracy till we get home next week.